Our good friend Joe Weinman, author of Cloudonomics and SVP Cloud Services and Strategy at Telx, just presented this morning at GigaOm: Structure Europe (#structureeurope). Some interesting points he discussed included what is or isn’t considered cloud, showcasing that cloud is now common. He highlighted:

I like the simplicity of this description of cloud and how Joe used it to ask ‘Should the cloud matter to CXO?’ He referenced a source that said no, but his argument is that in this increasingly digital world it is obvious to us that of course IT and the cloud are essential therefore the cloud should be very important to CxO.

END_OF_DOCUMENT_TOKEN_TO_BE_REPLACED

Author of Cloudonomics Talks with Flexiant

In the fourth of a series of blogs to showcase our interviews at Cloud Expo Europe 2013, Joe Weinman, Senior Vice President of Telx discusses his involvement with the Flexiant debate on public versus private cloud and his book Cloudonomics.

END_OF_DOCUMENT_TOKEN_TO_BE_REPLACED

The first day of Cloud Expo Europe is over and we could not be more excited for tomorrow!  The two day event brings together CIOs, IT Directors, CTOs and other senior executives from businesses and public sector organisations, seeking to deliver effective cloud strategies on time and on budget. 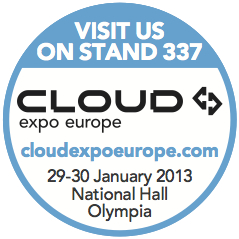 As the premier event sponsor, our team of cloud experts are providing detailed insight into how Flexiant Cloud Orchestrator can support every aspect of a service providers’ cloud business; offering provisioning coupled with sophisticated metering and billing capabilities.

Today we had two well attended sessions. The first, ‘The Ultimate Public vs Private Cloud Debate‘, with Alex Bligh, Joe Weinman, William Felllows and Richard Hall offered a lively discussion on how companies will transition to public cloud and where the economic benefits lie.

END_OF_DOCUMENT_TOKEN_TO_BE_REPLACED

News just in at Flexiant headquarters – we are really excited to offer the must attend keynote panel debate of this year’s Cloud Expo Europe. The session, ‘The Ultimate Private vs. Public Cloud Debate’ on Tuesday 29 January 2013, 14.25 – 14.50 is sure to be the most talked about session of the event. Join us for a lively debate between industry experts and influencers and Flexiant evangelists as we question whether private cloud deployments can actually offer cloud computing benefits.

Late last year, Alex Bligh argued that most private cloud deployments will never deliver the economic and organisational benefits of cloud computing. Instead he predicted that enterprises will migrate quickly to greater use of public cloud services. Using Alex’s opinions as a starting point, the keynote will offer a debate amongst four industry influencers.

Today, we can announce that not only will this session be joined by Alex Bligh, CTO & COO, but also the following industry experts: 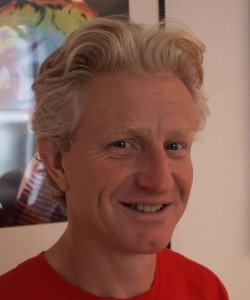 As VP Research, EMEA, William created and drives 451 Research’s early-adopter research program with end users and innovators across a range of vertical markets for the CloudScape service. He has identified and tracked early-adopter markets, including grid computing and virtualization adoption among enterprise users, since 2000; since 2007, the program been principally focused on cloud computing. In addition to the end-user constituency, William covers the suppliers – including vendors, integrators and service providers – in the cloud market. William’s team also leads The 451 Group’s activities within the European Commission and numerous EC research projects.

William is a cofounder of The 451 group, a member of the EC Cloud Expert Group, and co-author of ‘The Future of Cloud Computing – Opportunities for European Cloud Computing Beyond 2010.’ He is a regular speaker at industry and 451 conferences, and participates in numerous advisory boards and planning committees for UK and international industry bodies.