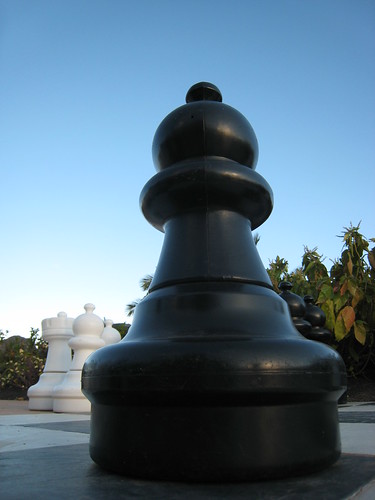 In part 1 of ‘Service Providers and the decline and fall of the IT empire’, I discussed how cloud computing is often categorised as a disruptive technology and discussed how centralising IT resource and offering it at scale and on an agile basis will make cloud technology to be purchased as a utility, pushing down cost of service.

First, let’s consider aggregate demand. The availability of more agile IT resources is going to increase demand from the CIO’s own internal customers. And the fact that IT requirements can increasingly be met using homogeneous service building blocks will increase the likelihood of these being outsourced. So the good news is that this means a huge increase in the demand for cloud services. No wonder Tier 1 Group forecast 68% compound annual growth in this multi-billion dollar market. The bad news is that there will be attrition of non-cloud revenue, as more cost effective cloud services replace non-cloud services. Whilst much cloud take up initially will be new revenue, and legacy services will be protected for a period by sunk costs and migration difficulties, we are already seeing service providers without cloud products losing existing business, as well as new customers.
END_OF_DOCUMENT_TOKEN_TO_BE_REPLACED

Cloud computing is often categorised as a disruptive technology. What does that mean? A disruptive technology is one that does more than change the dynamics of an existing market; rather, it changes the entire structure of the market. For example, the internet is a disruptive technology: by providing a means of locating and accessing content, it has disintermediated traditional content providers such as newspapers, publishers, software distributors and other media, and changed the way content is provided and consumed. Assumptions as to the structure of the content market that held good in the early nineties no longer hold true. Voice over IP technologies are doing the same with voice telephony – lucrative markets for international calling have been decimated first by competitive operators using VoIP technology, and now by that copy of Skype running on your computer.

So, why will cloud technology disrupt the market for IT services? To answer that question it’s instructive to examine how IT services are consumed and provided at the moment.
END_OF_DOCUMENT_TOKEN_TO_BE_REPLACED

Do you have a true cloud platform?

Lots of service providers are offering cloud platforms, but are not actually providing the benefits of one. To understand if you have a true cloud platform, it is important understand the differences between traditional and virtualised servers to define what you have if orchestration does not exist.

There are three levels of server provisioning that helps clarify the benefits of cloud orchestration.

1. Traditional Hardware – A supplier has dedicated servers for a business. In this case, if a customer requires additional capacity, for example, to meet the holiday shopping influx in online shopping, the discussion needs to start in August or September. The purchase order to acquire additional hardware often needs to be provided by October so that the hardware is purchased and in place by November.

The amount of capacity needs to be defined during the summer, however sometimes this is uncertain. Therefore, in this case, the customer needs to speculate above the amount of servers actually required to buy more or risk a website going down during the busiest shopping period of the year. And if there isn’t enough capacity to meet demand, it isn’t a quick fix. It would take months to increase capacity by which point it wouldn’t be required. This is a costly error to make.

The traditional hardware process is inefficient and costs a fortune which is why organisations must move to the cloud and look to on-demand, instant server provisioning.

END_OF_DOCUMENT_TOKEN_TO_BE_REPLACED

Cloud Connect 2012: The Cloud is Moving On

Cloud Connect 2012 (#CCEvent) has started and it really has moved forward from last year. The audience is full of cloud-savvy people having conversations that are more intellectual and in-depth both from a technical and commercial point of view.

When we left the UK for California, we all thought that cloud washing could be prevalent, but have all been pleasantly surprised that the cloud is moving on. Attendees at this year’s show appear to be less tolerant of the marketing jargon surrounding cloud and increasingly GET the cloud and how it can transform their business. It’s clearly now the time for specific language to describe the services being offered in the cloud.

We’re all looking forward to hearing more from some of the upcoming keynotes and presentations. Some of the presentations not to miss on Wednesday are mentioned below. You can also watch recordings of some Tuesday sessions on the Cloud Connect website if you did miss them.

Public Virtual IP (PVIP) brings lightweight, efficient, Layer 3 connectivity to the Extility Platform. Prior to version 1.5, customers with routable IP addresses used what we call ‘Public VLAN mode’. Here, each virtual NIC with an IP address is allocated to a subnet, and each subnet lives on a VLAN. That VLAN is then routed by a router appliance. This is great in terms of security, as the VLAN provides isolation from other customers (and, indeed, other VLANs belonging to the same customer). However, for the provider operating at scale, it has a number of problems:

With PVIP mode, each customer is allocated a single IPv4 address (and a /64 IPv6 address if you are using IPv6). We have a virtual router appliance within each compute node, so the layer 2 network is not exposed to your switch fabric. That means:

The only disadvantage of PVIP mode is that two servers cannot share the same Layer 2 network. That causes issues for various redundancy protocols (such as VRRP). For that reason, we allow PVIP mode and Public VLAN mode to co-exist on the same platform.

We didn’t want to let Public VLAN mode become the poor relation, so we’ve made a number of enhancements to how these works too. Rather than having a fixed configuration of routers managing your Public VLAN traffic, we now allow you to add as many router nodes as you want. You can use our web-based admin interface to do this at the touch of a button, just like adding a compute node. Each router node belongs to a router group, and each router group consists of a redundant set of router nodes which provide routing for a set of Public VLANs. This makes ensuring load is spread between devices child’s play.

While we were at it, we completely rewrote the way we deal with firewalls. Firewall rules are now far faster to apply.