Are 65% of Organizations Using Private Cloud: We Think Not. 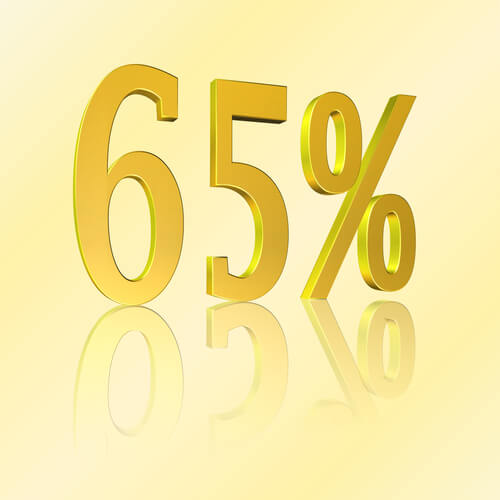 By now almost all enterprises are using the cloud in some form; they either have a private cloud for a very specific reason, have a hybrid approach, or are entirely in the public cloud. Indeed, they may or may not know what clouds are in use across the entire organization.

Three years ago I pronounced private cloud is dead. Yet ITProPortal claims that organizations continue to use private and hybrid clouds, and articles still appear contrasting the two approaches. Who is correct?

Firstly, whilst it’s not clear how ITProPortal has sourced its data, it appears to be from some sort of survey. That survey appears to be skewed to larger enterprises (the text brings out banks as an example). It is not unreasonable to suppose it excludes SMEs, which constitute the vast majority of businesses[1]. It seems inherently unlikely that such SMEs have private clouds, and rather more likely that they (for instance) have a Gmail account or a website (likely in the public cloud). Banks and financial institutions are more likely to have a requirement for private cloud. Furthermore, businesses using a service provider that in turn uses a public cloud are unlikely to know how their cloud is provisioned unless their business happens to be technology, whereas businesses who have procured their own private cloud clearly will; i.e. there is likely to be selection bias in the results. Until we know how ITProPortal’s data is sourced, it’s hard to tell how they came to this conclusion.

On the other hand, public cloud is enormous. Let’s consider for a moment the revenue of the largest market participant, Amazon AWS. According to recently released figures[4], AWS is a $5bn business, with over a million customers[5] (in fact, as that would suggest a $5,000 average revenue per user, I’d bet the number of customers is actually far greater than that).

So, there are probably a couple of thousand businesses with their own private cloud worldwide, and many million using public cloud. Note in both cases I’m only considering direct users (not, for instance, customers of a bank with a private cloud, or anyone using any mobile phone application, nearly all of which use the public cloud).

Even if the number of businesses using private cloud is one thousandth of the number using public cloud, did I call it right to say ‘private cloud was dead’? After all, there are, we assume, a couple of thousand OpenStack deployments. In the whitepaper I originally wrote, the thrust of my argument was that the economics would push the vast majority of users towards public cloud. I accepted that (at least for a while) there would be use cases for private cloud, and that a hybrid strategy would be useful transition method. In my view, nothing significant has changed in this respect, and if we had statistically valid sampling of data, the numbers would speak for themselves.

[2] Source: BUSINESS POPULATION ESTIMATES FOR THE UK AND REGIONS 2013, Department for Business Innovation an Skills, 23 October 2013