The Future of Cloud is Staying Relevant 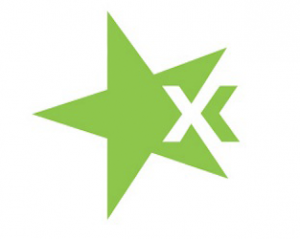 The traditional hosting marketing is undergoing a transition according to 451 Research’s Take. Cloud service providers are evolving their business models in an attempt to stay relevant in this shifting technology market. So how are they staying relevant? Here is a quick rundown from HostingCon 2015.

“Timing is a key factor for hosters according to OrionVM as many orgs we spoke with already had million dollar investments in OpenStack or VMware deployments still being leveraged for ROI. The irony is that their commitment to these legacy systems often prevents them from achieving the very benefits they seek e.g. increasing operational agility, ability to layer in new services, and generating enough profit margin vs. the price drops of the IaaS retailers like AWS that they must continually compete against.” Staying relevant means overcoming the barriers to achieving benefits. That means transitioning away from legacy systems or getting involved in long development cycles with OpenStack.

Understand AWS so you can Differentiate

R1Soft summarized this takeaway from the session Hosting 3.0: What Does it Look Like. For those who are worried about competing with AWS, we learned that AWS customers are not using the peak capacity of the services that they purchase, therefore spending money they don’t have to, or they don’t have! Additionally, hosting providers have the advantage of being able to consult customers one on one on their consumption and business models, as well as tailor a solution to meet their customers’ needs. Ultimately, the way you differentiate your solution and services is through superior service and personal connections. Go forth, shake hands, kiss some babies and be out there.

Keynote speaker, Lance Crosby launched SoftLayer with nine other founders in 2005. Eight years later Softlayer was sold to IBM for $2.2 bn. What an incredible goal for hosting providers to turn their business into a multi-billion dollar business. So how’d he do it? Not without hardship. SoftLayer had to survive some difficult times. The team’s former employer, for example, did not take the well to the mass resignation that Crosby inspired. Hoping to slow if not punish Crosby, it filed a lawsuit listing 179 causes of action against he and the new company. It ran into financial difficulties. Without a finished product to sell, the company’s financial liabilities started to pile up. Fearing for the company’s future, Crosby asked that everyone at SoftLayer put money into the company. He himself, put $1 million of his own money into it. Others took out second mortgages on their homes while still more hit up relatives for seed money. Even the company’s youngest employee, a 22-year old engineer at the time, was pressured to invest in the company. Lacking any cash, Crosby persuaded the young man to maxx out his credit card to the tune of $5,000 (which turned into $16 million following the IBM acquisition.

“Among the lessons he learned: be bold and aggressive, and don’t back down from bullies. SoftLayer also taught him to act boldly and do the unthinkable in many instances. It reinforced how important timing is, and what it means to put skin in the game. It also taught him how important culture is to a company. Though young and hungry, he always made sure his employees had a world class healthcare plan and that their office environs were the best that he could afford. As a result, few bailed on him when times were tough,” quoted The Whir.

Consolidation and Acquisition or Revenues through Adjacent Services

Consolidation was once the driving force behind acquisition in the space according to 451. Liam Eagle writes, “Indeed, over the years shared hosting providers have had a reasonable expectation that they could, at some point, be acquired for their customer bases. This may no longer be the case. Rather than looking mainly to increase their subscribership, large hosting providers. Research, are focused on increasing per-subscriber revenue through the offering of adjacent services to existing users. In some cases, they are turning to acquisition to procure this type of technology.”

The View of the Future at Flexiant

Our view has been and still holds true that hosters need to differentiate just as Softlayer did. But timing is important – long development cycles are not an option when trying to get services launched. What’s needed is a platform to build cloud services and then develop on top of them. Learn how to do that by reading ‘arming the service provider to compete.’

Furthermore, to 451 Research’s point, adjacent services can help. But what about also protecting the customer relationship and therefore revenues by supporting other clouds. What if you could offer your own services and infrastructure of others with ease of application deployment across clouds? You can! Learn more about Flexiant Concerto.