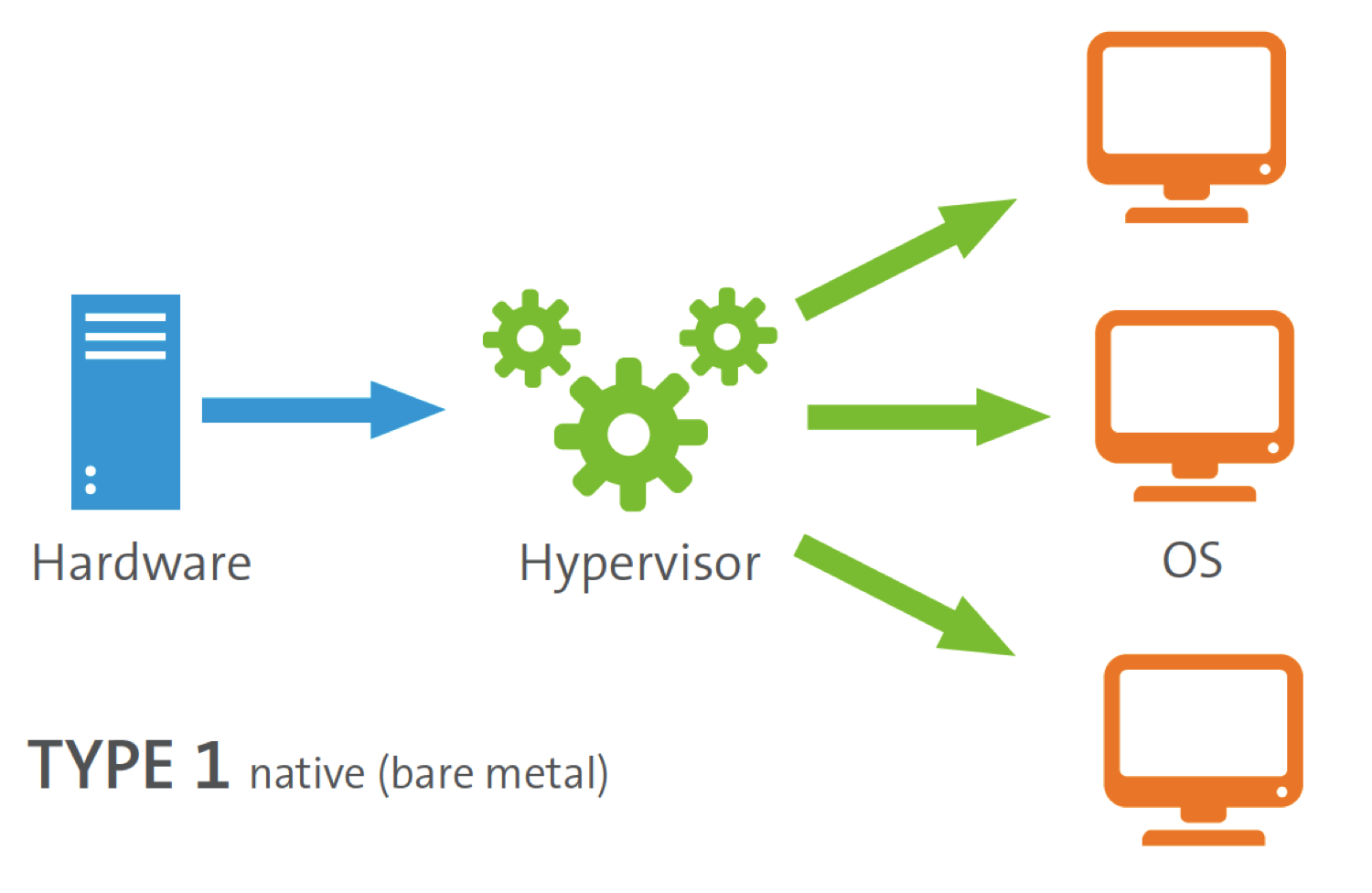 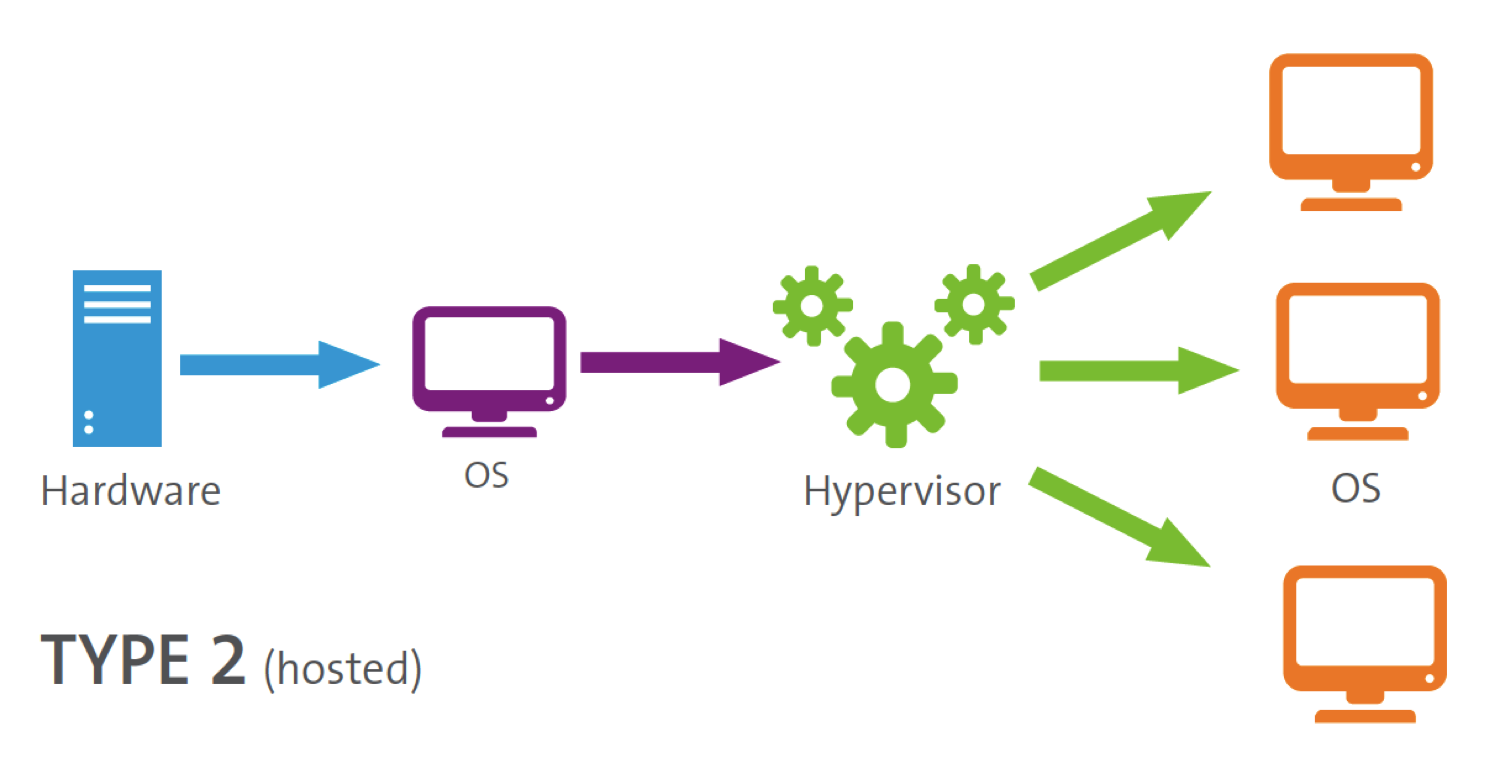 A Type 2 hypervisor (sometimes called a ‘Hosted’ hypervisor) runs inside an operating system which in turn runs on the physical hardware. Each guest operating system then runs atop the hypervisor. Desktop virtualization systems often work in this manner.

Another wrinkle is that the term ‘bare metal’ (often used to signify a Type 1 hypervisor) is often used to refer to a hypervisor that loads (with or without a small embedded host operating system, and whether or not technically a Type 1 hypervisor) without installation on an existing platform, rather like an appliance. VMware describes ESXi as a ‘bare metal’ hypervisor in this context. Flexiant Cloud Orchestrator’s deployment of both Xen and KVM also fit into this category: we PXEboot a tiny operating system image dedicated to the running of the hypervisor. However, both hypervisors could be installed in a conventional server environment.

Appearances can thus be deceptive.